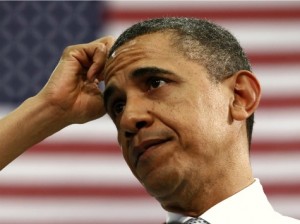 I received an email from another Only Influencers member last week with a link to a very interesting article in it. Taking a look at ‘The Science Behind Those Obama Campaign Emails’, it made some interesting points about email. To name a few…

1. “Most of the $690 million Obama raised online came from fundraising emails”. Hopefully this puts the sentiment that “email is dead” to rest for the mainstream public.
2. “We did extensive A-B testing not just on the subject lines and the amount of money we would ask people for,” says Amelia Showalter, director of digital analytics, “but on the messages themselves and even the formatting.” This makes a nice case for the value of testing, and not just on subject lines. Our advice is to test and measure all you can – and use that to learn from, so that you are constantly crafting ever-better email communications.
3. “It quickly became clear that a casual tone was usually most effective.” – Who knew? Haha!
4. “We were so bad at predicting what would win that it only reinforced the need to constantly keep testing,” says Showalter. “Every time something really ugly won, it would shock me: giant-size fonts for links, plain-text links vs. pretty ‘Donate’ buttons. Eventually we got to thinking, ‘How could we make things even less attractive?’ That’s how we arrived at the ugly yellow highlighting on the sections we wanted to draw people’s eye to.” We found it interesting here that “ugly” can win. Or perhaps the message is that beauty is in the eye of the subscriber?
Either way, you can read the full article for yourself, here.
We’d love to know what you think!