A few words on brand awareness

DISCLAIMER: gratuitous use of cheesy stock imagery ahead.

I had a meeting with a (very nice) client recently, mostly about the role of Facebook (FB) and other social channels in a modern day business. The client was gaining traction with likes on their page, which is great, but like we all do, they wanted more engagement and activity across the board. After the meeting I got back to my desk and pondered this a little and came up with some ideas.

There probably needs to be some explanation here: I come from a bit of a branding and copywriting background, along with commercial photography and videography, and there’s a bit of ‘big picture’ viewing that I think needs to be adopted when talking about communicating with an audience.

Facebook’s greatest strength is it’s reach. It’s absolutely massive. It’s the third most visited site in history (behind Google and Youtube) and has a scope that was previously unimaginable (see here for some literally awesome stats: https://zephoria.com/top-15-valuable-facebook-statistics/) but it’s only one method and one channel contributing to building a brand.

Here are some methods to reach out to a wider audience for your brand. No doubt you’ve heard of these but hopefully this article can demystify some of the buzzwords and help you come up with a clearer strategy.

I know, I just mentioned FB not being the be all and end all but even a small budget increases the reach (potential audience) of posts thereby increasing visibility of the business AS A BRAND as your posts show up on people’s pages. Posts can be targeted to age, gender, location, and to include relevant interests (fashion, cars, hummus, penguins, whatever) so people with likes and followings in these interests will see your posts. It’s targeted and quick, with a potentially enormous reach but is often overlooked yet should be fundamental part of a marketing budget, however big or small. Not many platforms offer a direct way of two-way interaction with an audience. The main power of FB is to be visible on people’s walls to build brand awareness. This only comes with familiarity. In terms of metrics, reach and engagement is a much healthier barometer than likes alone. You need the reach before the likes, and if posts aren’t boosted the only people you’re talking to are fans already – you’re preaching to the choir and it’s like you’ve got the best deals in a room only you know and the people already in the room know about. A boosted post is like opening the door and yelling down the hallway. Push your posts, get them seen, don’t expect instant miracles as posting on Facebook is a marathon as oppose to a sprint. Sure, sometimes a post might get more traction than usual but the core audience grows through posting consistent and relevant information and engaging your audience (have a look at Seek’s FB page for some examples of top notch interaction).

A regular post might reach 1,500 ppl. Boosting could reach up to 10 times that for a few dollars a month. It may feel like you’re throwing money away because the results might not be immediate but a fundamental tenet of building brand awareness is to be visible. That’s the bottom line.

I wrote a campaign once for a mechanic in the BOP. He was skeptical about google advertising making a difference and was happy with his ad in the local paper, so we went in with a low budget of $200. He had 9 paying customers from around 40 clicks, with an average spend of $700 per client. And that’s not including repeat service as people tend to be loyal to their mechanics (if they have a positive experience the first time). Another campaign was for a mobile vet in the Waikato who specialised in equine health. With a $500 monthly budget they had around 120 clicks and gained 6 new clients. Those new clients now make a substantial part of their business.

You only pay for clicks on the ad by the way and you set the budget for the month. Clicks cost a different amount based on the competitiveness of the search term and the quality of your homepage (what Google calls a quality score – the higher this score, the less you pay). If your ad is seen 10,000 times but not clicked, you don’t pay, yet you still have the views which – increasing brand awareness as people see your name more and more.

As an aside Adwords campaigns can be very useful seasonally (Christmas, Black Friday) or to promote certain products at certain times (such as promoting Valentine’s Day specials) so for example if you have a retail store with some offers running after Christmas you could use the terms “Boxing day sales” to trigger your ad. A more cerebral use of AdWords can be to take traffic away from the competition meaning that if someone searches for a specific named store you have have your ads appear in their search results. Not exactly fighting clean but it happens every day in business around the world.

Adwords look like this on the search page and organic searches (linked to SEO) are below them. If you’re website isn’t optimised particularly well you can beat the pack with Adwords. An estimated budget of $200 p/m would be a good start to have your ads appearing. Ads run until the daily budget is depleted. The ad then disappears until the next day, where the budget resets and the cycle renews.

“The figure you set per month is divided by 29.4 – the average number of days in a month – so $200 will provide around $6.80 of ad budget a day. When an ad is clicked it removes some of this budget (the CPC amount) until it is depleted for the day after which the ad will not display until the following day.

So for example if it costs $1 per click through to your website this means that 6 clicks on the ad will deplete the daily budget. I would always recommend more budget than less but thinking longitudinally one client who clicks through to your site and makes a purchase will more than cover the AdWords budget for an entire year. It is a means unto itself”.

Start small, see how it goes, and give it time to work. You can run differently worded ads at different times and Google will figure out the best ones for you (they want to make money too).

Now I want to talk about Job Advertisements.

Part of my copywriting history includes writing job ads for a huge variety of clients from Governments to DHBs to Psychiatric journals to labourers and gardeners. The fundamental truth behind all of these ads is that the job advert is an extension of the brand. It might be the first experience people have with your brand so make sure it’s consistent with your brand identity in terms of language and style and is appealing with modern day expectations (in the next paragraph!). The employment sector has transformed over the past few years. People now spend less time in jobs, are more mobile between roles and are on the lookout for the next opportunity (online job searches are highest on Tuesday mornings), there is a big focus on “what’s in it for me?” and job seekers are savvy people. With the advent of the internet being on everyone’s phone they can compare your role, employer brand, identity, and culture in real time with your competitors and gauge how it would benefit them.

With that in mind there are a few things to keep in mind when writing and responding to job seekers.

Opening the job ad with something along the lines of “an exciting opportunity has opened up in our little family!” is generally more enticing than diving straight into the requirements of the position in a bullet pointed list. Obviously this wouldn’t work if you’re advertising for a $300k physician’s position but writing “there’s never been a more exciting time to join our dynamic and progressive organisation” (just made that up, don’t judge) gives you a chance to describe your brand and your culture indirectly, right in the first line. I saw a lot of job ads that were bullet pointed lists of requirements which is a totally one-sided view of the recruitment process, focusing on what you need rather than what you can offer. BY running job ads for longer you’re in a position to build a passive talent pool and harvest CVs for future usage. This needs to be said, that every applicant should be contacted regardless of outcome with a “thank you for applying” and a follow-up “thank you for applying for the xyz position, we’ll be in touch soon”. It’s a friendlier touch and people will be more inclined to apply again in the future or recommend others to apply, as well as being an extension of the brand through direct contact with passive customers. It’s a form of outreach, folks and I know a lot of you are rolling your eyes because this is indeed obvious (sorry if it’s patronising) but I know a lot of people who didn’t hear anything from applications.

And on that note, for a couple of reasons unsuccessful applications should be sent something along the lines of “Although your application was one of the strongest submitted, regretfully on this occasion we will not be progressing with your application but, unless you object, we will keep your information on file for when an opportunity opens up. Thank you on behalf of 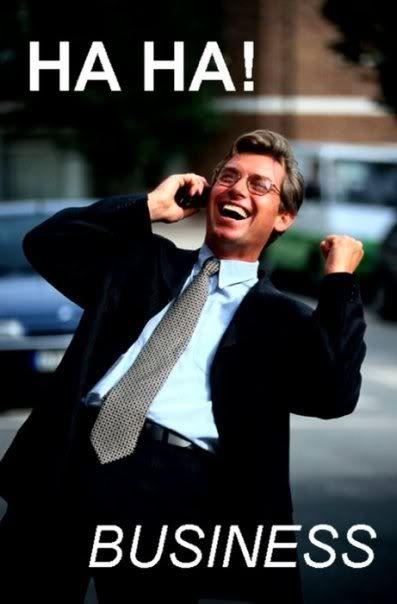 Job postings can also be pushed further by asking followers/likers on social channels if they know of anybody suitable among their friends. People like to help their friends and talking about the position would go a long way in increasing the visibility among your friends and ambassadors. Just linking to a Seek or TradeMe job listing doesn’t usually cut it nowadays and if you’re being apathetic about looking for good talent, what can you expect from the readers? Saying something like “hey guys, if you know anyone who would be interested in joining our lovely team please tag them below and we will get in touch, thank you!” goes a long way and doesn’t take long – it’s engaging people on their level, it’s upbeat and positive and takes a few seconds longer than copying and pasting the link anyway. Again it allows building a bigger talent pool, saving future costs and time by having your audience do the legwork by bringing you the talent.

If you’re interested in some great examples of recruitment sites, have a look at these for inspiration and note how they’re clear about the culture, values, benefits, and using video and graphics to really sell the brand:

If your recruitment methods aren’t getting you the top talent or you’re not getting enough applicants, think about shaking up the way you interact with job seekers and remember: it’s an extension of your brand.

Any feedback? Talk to me at [email protected]