Four things a trial lawyer can teach you about storytelling.

The following is a guest post by Steve O’Brien, author of Elijah’s Coin. I recently read the book and to say I enjoyed it is an understatement. The pages flew by as I read it in one sitting.

The principles in the book are simple; Observe, Think, Believe, Act. There was a point in the book where I have to admit I teared up. The point was where the main character, Tom, reconnects with his Dad. I thought of my Dad, his recent stroke, and how we are moving forward. It amazed me I would have such a powerful emotional reaction while reading a book.

I believe we read books when we are meant to read them. For me this was definitely the right time to read this book. It was a bit of a kick up the bum and got me thinking.

In my opinion this is a must read for those interested in thinking and growing. I’m going to read it again tomorrow. Slowly this time so I don’t miss a word.

Enjoy Steve’s post and read about his book on Amazon here.

Four things a trial lawyer can teach you about storytelling.

One thing I found early in my legal career is that you don’t learn how to try cases in law school. Of course, you learn the basics of trial practice, but like a medical doctor, the learning happens with real patients, not books and theory. So for trial lawyers, it happens in front of real juries and real judges. As with many professions, experience and valuable mentors are the true teachers of his craft.

They frame the facts and elicit the testimony to paint a picture that will persuade a jury or judge to find in their client’s favor. Storytelling is storytelling. In a courtroom, however, an able attorney at the next table will be using the same facts and evidence to tell a story with a completely different ending. Writers don’t have that challenge, but telling a compelling, engaging and believable story is critical to both. Here are four things writers can learn from trial lawyers about storytelling.

Odd as it may sound, the first thing to work on before a trial starts is the closing argument. Now, all the discovery has been taken, witnesses interviewed, depositions taken, but before witness outlines, opening statements, and points of law are drafted, a good trial lawyer will write the closing first.

Because that is where you bring all the disparate facts together, where you develop the theme of your case, how you frame the facts. What evidence is key? What words will impact the jury? You need to know this before the trial starts. In any trial something surprising and unexpected will happen, but that will be merged in the revision the night before the closing arguments are to be given. How does this apply to writers?

You can’t write a book without knowing where you are going.

This is the argument about writing from a structured outline or organically drafting a novel. I’ve tried both. The latter doesn’t work. Before writers embarks on a manuscript, they need to know with some precision what will happen and when. The more detailed the outline, the easier the writing.

With Elijah’s Coin, I had a definite image of one of the payoff scenes before I really had fleshed out the story. I started with that scene and built forward and backwards until the outline or beat sheet was complete. The writing flowed quickly from that point.

The closing argument will be tweaked to engage the jury and account for anything unexpected that occurs in the courtroom. Similarly the first draft of a well-structured novel will be revised–many times. It will be improved over time, but if you don’t start with the end in mind, you’ll never get there.

This seems obvious, but the mistake young trial lawyers make is to think that they are the main character. If the jury likes them, they will overlook the flaws in their principle witnesses. Representing large corporations is a challenge in this regard. Your primary witness is automatically painted as “big corporate.” Jurors can be jealous of the perceived position of the witness or jaded into thinking the person is just there to give the company line. The savvy defense lawyer knows to personalize their main witness, get the jury to like him or her. Make them peers of the jury members. Not always easy, but necessary to be successful.

How does this apply to writers?

Readers have to engage emotionally with your protagonist. No book is more miserable than the one where the reader doesn’t care about the main character. Some writers assume that their reader will like the protagonist just because he’s the protagonist or because the writing is brilliant.

There is a phrase for this in the screenwriting craft–“saving the cat.” Early on in a story the protagonist must do something to engage the audience emotionally. Hence, save the neighbor lady’s cat from the tree. Watch for this in the books you read and the movies you watch. It is not a gimmick, although like anything else, it can be done poorly.

In Elijah’s Coin I used sympathy as the primary emotion for introducing the protagonist. He starts off anti-social and angry–not exactly likable. However, once the reader learns the reason for his behavior, the emotional connection can be made.

If done well the reader will engage with the whole story. If you don’t get this right in the courtroom, tell your client to get ready to write a big check.

This one is hard, but critical to learn. Do you like being told what to do? Of course not. Neither do children or juries. At some point a trial lawyer has to trust the jury. One technique is to take the jury down a path with the evidence, but just before the last step, stop.

Because you want them to make the connection. When you are trying to persuade, you want the decision maker to believe he made the connection. An opinion formed independently is much stronger than an opinion taken from another. It’s just human nature. This is tricky, but so is brain surgery. No one said it would be easy.

What does this have to do with writing?

In the same way, the writer has to trust the reader. A mystery story is no mystery if the reader doesn’t ponder and try to figure it out. A poorly written mystery either tells too little or tells too much. Writers have to find the balance. Read reviews of mysteries or thrillers. The worst reviews use language like “I figured it out by page 87,” or “the ending was lame.” The writer didn’t find the balance.

I could have filled Elijah’s Coin with interior monologue and led the reader through every thought and emotion experienced by the protagonist. I intentionally chose not to do this, rather to trust the reader to engage with the story and sense the thoughts and emotions from the action.

Lawyers rarely under-tell a story, but they often over-tell one, to their disadvantage. So do writers.

Stay within the rules.

Judges are in courtrooms for a reason. They listen to the evidence, but they also make sure lawyers stay within the rules. That’s what objections are for.

How does this apply to writers?

There are no judges when you sta
rt writing your book. There will be editors at some point and early readers to give feedback, but the best advice is stay within the writing rules. There are many rules to fiction writing, but here are a few. No POV shifts within scenes or sections. Characters must stay in character. Unless it is dialog, grammar matters. Spelling, punctuation and format are critical. If you are an unpublished writer and you submit a manuscript with errors, you are virtually guaranteed a rejection. Stay within the rules.

Those who follow these guidelines have the best chance for a favorable outcome when the court clerk utters those chilling words, “the jury has reached a verdict.” 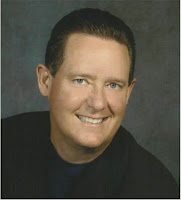