Posted by Spike Email around the web 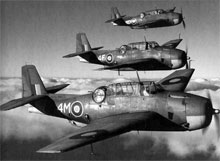 This story begins during World War II. The English were starting to bomb targets in Germany. Of course they wanted to quickly improve the armour of the planes. The planes that came back from their bomb runs were carefully inspected for damage.

Engineers analysed the bullet holes and made an overview of the parts that were hit the most. The planes were reinforced in those places before sending them on their next flight.

You can even imagine that such a strategy would work for your digital marketing. Seems a very smart thing to do, but was it?