Interesting case study on how the site nextdraft.com was built. 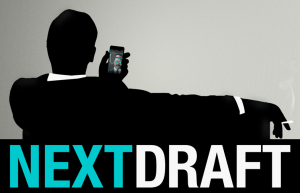 Back in March of 2012, I responded to a tweet from Sam Spratt asking for a developer to handle a simple HTML landing page for something he had designed. Even though it was not going to be handled with WordPress, I jumped at the chance to work with an artist whose work I knew and loved. At the time, I had never heard of NextDraft or its creator/publisher, Dave Pell, but after some intros and project scoping, I rolled out the site, which was only a three-page HTML page with a bit of jQuery to give it some life.

A year later, Dave reached out with an idea — can we move the whole NextDraft publishing process into WordPress?