10 Business Lessons from Stand Up Comedy

Some great business lessons from… a stand up comedian?

Don’t try to be someone else. Occasionally, I’m asked if I want to be ‘the next Michael McIntyre.’ I always say no, I want to be the first Ian Hawkins – and hopefully the last one too. When we buy a McDonalds or an Innocent smoothie, we trust them to give us what they’ve given us before. When McDonalds started selling Innocent smoothies, fans of the drink were initially outraged that these two companies should be working together, it became a big news story, and Innocent had to justify their position. Lesson one: your customer might have a clearer idea of you than you do. Lesson two: who’d’ve thought a smoothie could have fans? 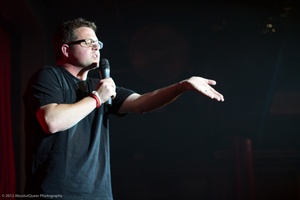